March 2001 Before launching a fund raising campaign to increase funds for uninsured care, the Board held a Board/Staff Strategic Planning Day.

December 2002 NCCC opened a fourth school-based Clinic at Wiley School in Watertown. At the same time, staff moved the WHS-based Dental Clinic to Wiley to better serve the needs of area school children.

2003 NYS was awarded a Kellogg Foundation grant of which NCCC is a subcontractor. The grant funds are used to assist with promotion and advocacy for School Based Health Centers in NYS. This has allowed the NCCC SBHC program to educate local students about SBHC and the legislative process in Albany through which our SBHC are funded.

2004 The agency purchased a facility in downtown Watertown

2006 NCCC was designated as a clinical training site for the Monroe Community College/Jefferson Community College Dental Hygiene Program. NCFHC launches updated website thanks to donation of expertise by Infinite Media.

Fall 2007 NCCC opened a School Based Health Clinic at the Mannsville Elementary School, our first clinic in the South Jefferson School District. That site includes a Nurse Practitioner, a dentist and a social worker. The dental program has taken their services to other South Jefferson schools, made possible by purchasing portable equipment through a NYS Dental grant and funds from the Northern New York Community Foundation.

Winter 2007 NCCC continued to receive funds from the NYSDOH, USDA, the NYS Legislature, the St. Lawrence County Board of Legislators, the E. J Noble Foundation, the Northern New York Community Foundation, the Kinney Foundation and many other loyal private donors. Also part of that funding is NYS HCRA and federal TANF funds to support mental health and school-based healthcare. We received notification from Senators Hillary Clinton and Charles Schumer that the Clinic would be awarded a $473,707 federal grant that can be used to purchase capital equipment. Preliminary data indicates that all NCCC programs served over 34,000 children and families in more than 90,000 visits.

Spring 2008 NCCC was not in the 2008 NYS Legislative Budget due to loss of majority status in the NYS Senate. Staff sought funds through the Governor’s Office. Layoffs of staff and reduction in salaries were implemented to reflect that loss of funding

Summer/Fall 2008 Staff and Board held a Strategic Planning session. Staff is concerned with the welfare of Clinic families with the severe economic downturn and the rising costs of home heating, gasoline, food and housing.

October 2010 – NYS DOH implements APG Medicaid reimbursement. This is a significant change from the traditional threshold visit payment methodology. This implementation is effective retroactively to September 2009 with the end result being a $109,000 take-back from the Department of Health.

April 2011 – Due to funding shortages, NCCC closes its Ogdensburg Dental Clinic after 16 years of service to St. Lawrence County. 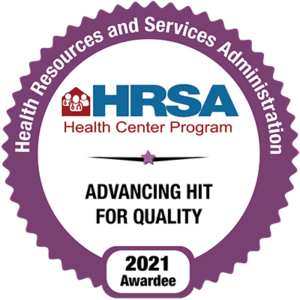